Biking home from the New York Avenue metro station yesterday evening, I noticed that every fence and gate on M Street NE was adorned with a lime-green flyer in a plastic bag. Many of them were already blowing down the sidewalk and into the gutter.

I stopped to pick one up and found it was a notice from Two Rivers Public Charter School to encourage people to apply to enroll their children in the school. 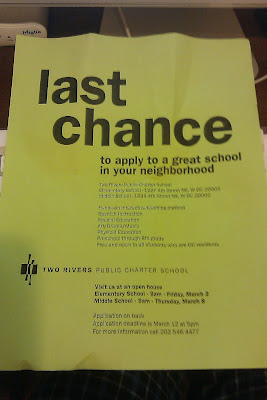 While I'm all for a local school reaching out to the neighborhood, Two Rivers could have been much less ham-fisted about it. They placed these flyers on the gates or doors of EVERY house I saw in Near Northeast and Trinidad on the way home. 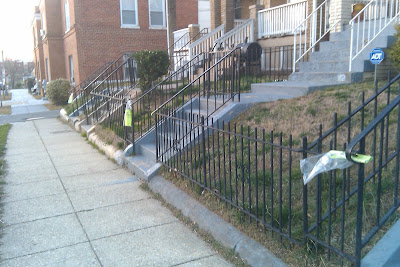 Half these flyers (and the plastic bags they're in) are going to end up washing into the sewer. The flyers will disintegrate, but there's a good chance the plastic bags will end up in the Anacostia River, which I'm pretty sure is one of those "Two Rivers" that the school is named after. 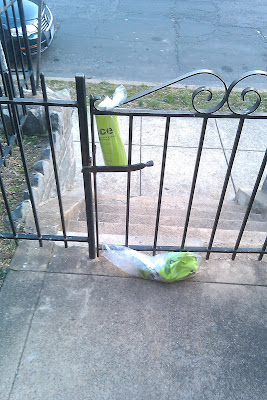 Couldn't the school have done a more sophisticated job of outreach? Putting a flyer encouraging people to apply for a local school doesn't do much good if the people in that house are in their 80s, retired, and definitely without school-aged children. I'd have expected better from a school with a pretty stellar reputation.
Posted by IMGoph at 11:15 AM 6 comments 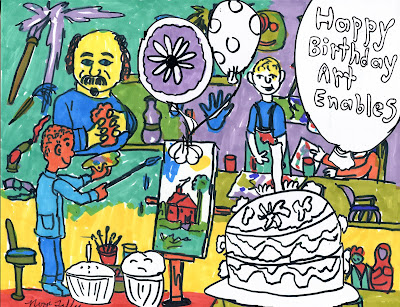 Artwork by Nonja Tiller.
Art Enables, a fantastic art studio and gallery on Rhode Island Avenue in Woodridge, DC, will be throwing a 10th anniversary party next Saturday, February 25. Please consider stopping by the studio at 2204 Rhode Island Avenue NE (easily reachable by bus if you're using public transportation) between 2 and 4 p.m.

Art Enables is a 501(c)3 nonprofit gallery and supported employment program for adult artists with developmental disabilities from around the Washington Metropolitan area. Art Enables’ mission is to offer participants in the program the opportunity, the environment, the materials, and the marketing support they need to succeed as professional artists.

We're proud to have a fantastic painting of the John A. Wilson Building by John Simpson that we purchased at Art Enables hanging in the entryway of our house. They're a fantastic organization full of wonderful people, and they richly deserve your support.
Posted by IMGoph at 5:53 PM 0 comments

A new restaurant is opening at 635 Florida Avenue NE. Chinito's Burritos will have a soft opening from 10 am to 5 pm tomorrow (Wednesday, February 8). Our friend Lori stopped by earlier this afternoon and verified the opening, and said the owner is still figuring out regular hours. Here are a couple pictures of the interior I took on the way home tonight: 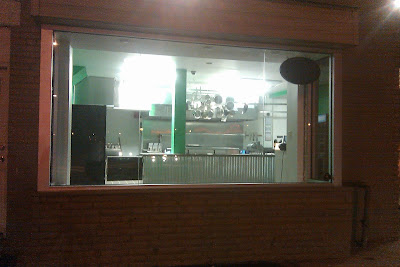 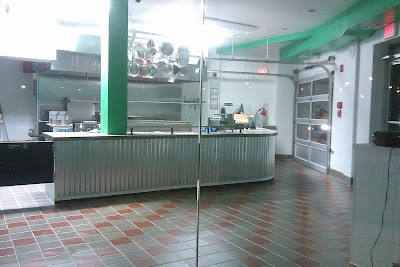 Here's hoping the restaurant is successful!

For a little history, here's a snapshot of the building from DCRA: 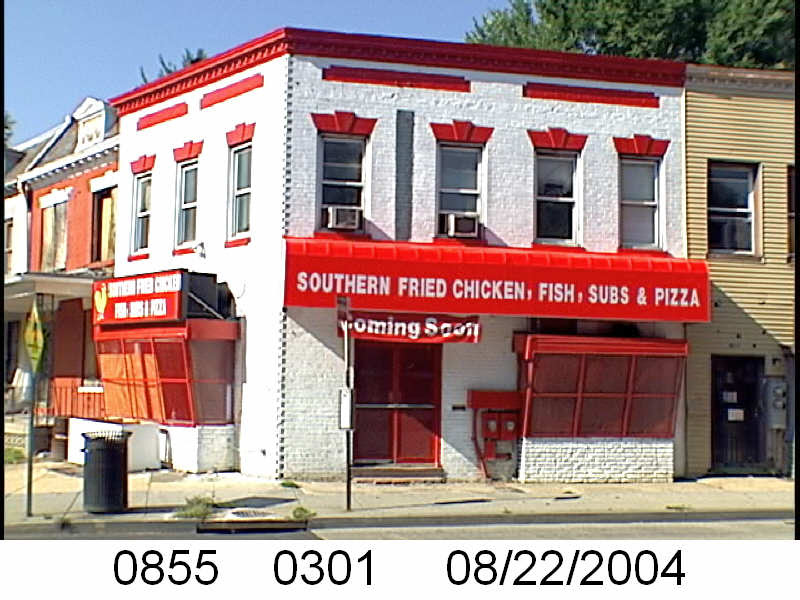 As you can see, the sign said "Southern Fried Chicken, Fish, Subs & Pizza" was coming soon in the summer of 2004.

By the summer of 2009, when we moved to Trinidad, the restaurant was closed and the owners were looking for a new tenant: 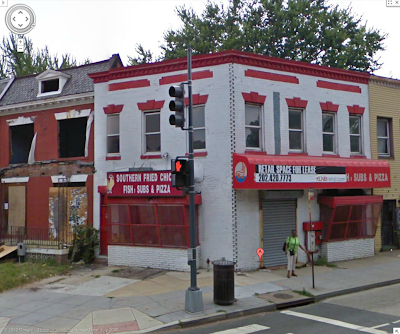 It's also worth noting that the shell next door has been fixed up and turned back into a proper house.
Posted by IMGoph at 8:58 PM 0 comments