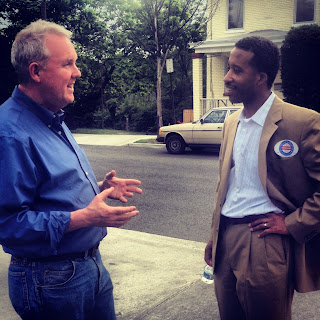 I'm going to keep this brief. The Ward 5 special election is on Tuesday. Early voting has started, and according to Mike DeBonis, the precincts that are voting in the largest numbers are mostly in the northern part of Ward 5, which many consider to be Frank Wilds country.

Most think that the election is going to be a close one between Wilds, Delano Hunter, and Kenyan McDuffie. If it's not clear from the picture above, we are die-hard McDuffie supporters.

It's highly unlikely that anyone will emerge from the 12-candidate field with a majority of the votes. A few hundred votes could swing one candidate or another to victory, though. Turning out supporters is key, and we have been phone banking, going door-to-door, and will be working on election day at the polls for our preferred candidate.

The southern parts of the ward that border Ward 6 (Truxton Circle, Bloomingdale, Eckington, Ivy City, Trinidad, Arboretum, and Carver Langston) need to turn out and vote for someone who will have a good, strong working relationship with that ward and its councilmember, Tommy Wells. Cross-jurisdictional relationships are important, and Tommy knows that he and Kenyan will work together well on the council.

We strongly encourage you to vote, either today (Friday) or Saturday at the Turkey Thicket Recreation Center on Michigan Avenue in Brookland, or on Tuesday at your regular polling place throughout the ward. Please, get the neighbors who live on either side of you to vote as well. This is too important of an election to have our city's usual anemic 15% or less turnout.
Posted by IMGoph at 1:28 PM 0 comments

Neighborhood clean-up and art show in Woodridge this Saturday

One of our favorite places in Ward 5 is Art Enables, an art studio and gallery on Rhode Island Avenue in Woodridge. We've written about it before, and want to draw your attention to an event they're hosting.

As you can see in the flyer below, the opening reception for their spring show will be this Saturday, May 12, from 2 to 4 p.m. at 2204 Rhode Island Avenue NE. 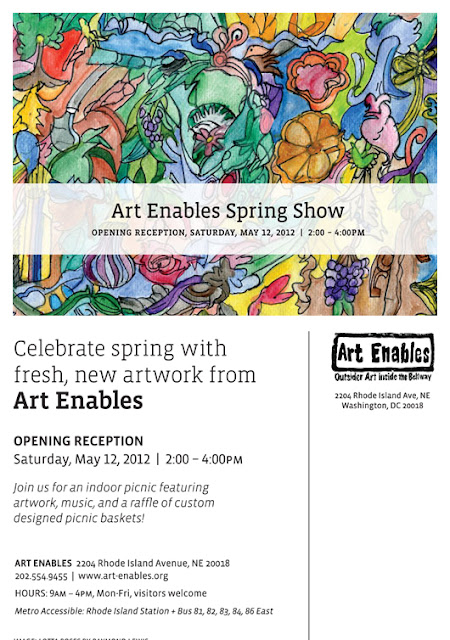 Call these lawbreakers, tell them to stop harming DC's trees

There are people who live in DC and businesses that operate here who don't care to follow DC law. Some of these individuals have a special disrespect for the trees in our neighborhoods. It's time we tell them, en masse, that we are sick and tired of this disrepect and lawlessness.

Below are a series of signs that I came across this morning on my ride into work. I'm passing this information along to the Department of Public Works as well, in hopes that they will throw the books at these creeps and fine them to the fullest extent possible under the law. Unfortunately, that might just be a couple hundred dollars.

In the meantime, I strongly encourage anyone reading this to call the numbers on these signs and give them a piece of your mind. Maybe, if we can shame these people enough (or at least clog up their voicemail boxes), we can get them to stop dumping their garbage on our city.

DC is a beautiful place. Let's keep it that way. 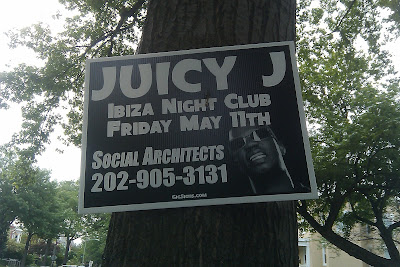 Juicy J is performing at Ibiza nightclub in NoMa this Friday. There's an opportunity to tell four different groups of people that they need to respect city law and not nail signs to our street trees. 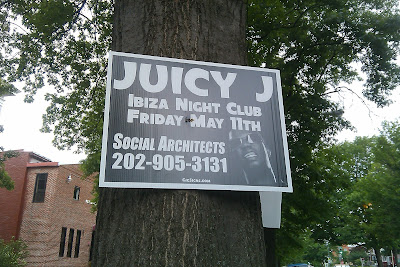 Here's another one of Juicy J's signs. These were nailed to trees on the 800 block of K Street NE. 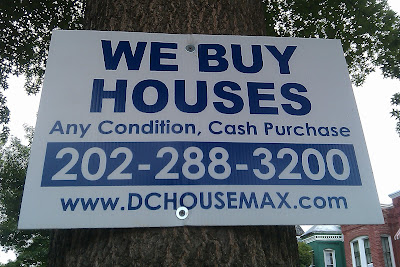 DC House Max appears to be one of those shady companies that buys houses from people in economic distress, then does a shoddy job and flips the house, leaving the new owner with a mess that'll start falling apart after 8 months. They also like to screw their signs to trees. I didn't have a Phillips head screwdriver with me this morning to remove this sign, but it's still located on the 1100 block of K Street NE. 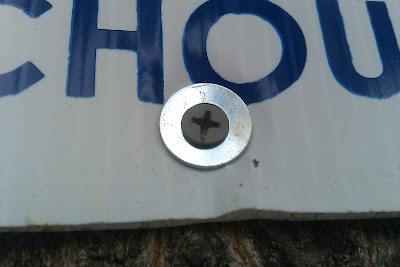 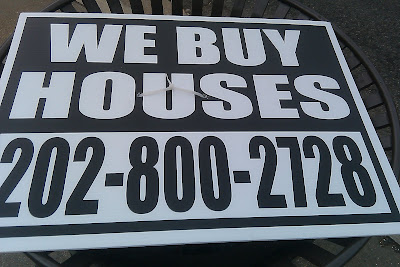 Finally, this sign was one of two that wasn't nailed to a tree, but was tied to lampposts on Florida Avenue NE at the entrance to Gallaudet University. It's not legal to put advertising signs on posts without registering them with the city and affixing a date to the signs noting when they were put up. The latter wasn't done, and I'd bet a princely sum that the former wasn't done either. I took them down and threw them out. But go ahead and call (202) 800-2728 and leave a message. Fill up their inbox so they can't actually do business.
Posted by IMGoph at 10:14 AM 2 comments